This is the second of two boxes that I purchased from Atlanta Sports Cards with some hard earned Christmas cash. I've wanted to collect 2007 UD Masterpieces for quite some time, but besides an odd pack here and there from a repack box, I had not busted much of the product. I love the design and feel of the base cards and the fact that each box yields three jerseys and one on-card auto is just icing on the cake. Though I didn't hit any homeruns, I was happy with what my packs yielded and I will likely get another box or two in order to finish up the set. Here's what I pulled: 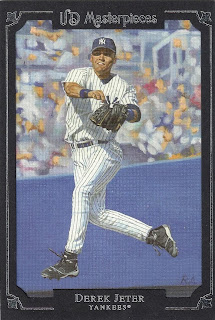 Derek Jeter 4 x 6 Boxtopper: A great looking card of El Capitan and a great way to start the box. Up for trade if someone wants it. 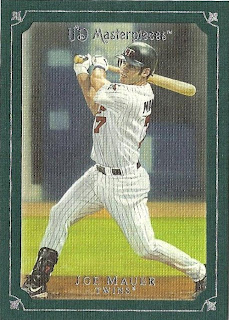 Joe Mauer Green Linen Parallel: The base set by itself is incredible, but throw in a raised frame border and "shazaam" you have, well, a masterpiece. The Mauer is my favorite, but I also pulled a Billy Butler RC, Michael Jordan, Sandy Koufax and Reggie Jackson. 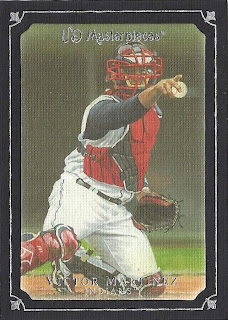 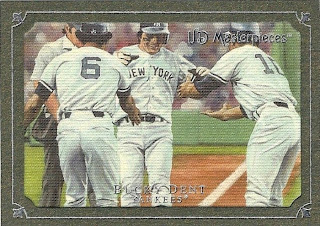 Bucky Dent Shiny Green Frame Parallel #37/50: I'm not sure exactly what frame this is but I know for certain I didn't want it to be a Bucky "Effin" Dent. Not only is it a Yankee, but it's a marginal one at that. Will a Yankees' fan or Red Sox's fan just looking for kindling trade me anything for this? 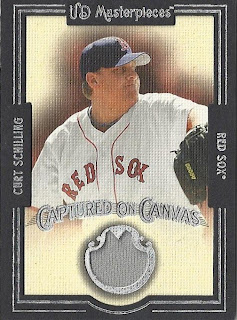 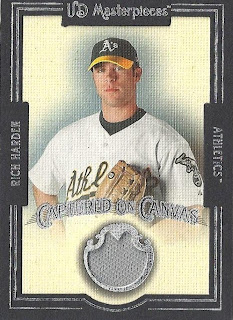 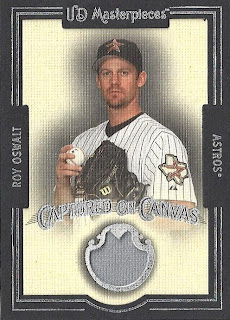 Roy Oswalt Captured On Canvas jersey card: Will there ever be a day in my life when I don't have to constantly live in fear of pulling yet another Roy Oswalt hit from a box? How long will he haunt my dreams? Does anyone collect the Astros? 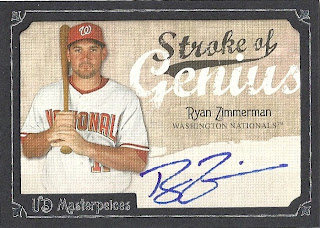 Ryan Zimmerman Stroke of Genius Autograph: Whew, this card really saved the box from being a complete stinker. These are some of the best on-card autographs of the past few years and I was happy to pull one of an up-and-coming star like Zimmerman. I've always wanted a Stroke of Genius for my collection, so I don't think I will be trading this one. A real beauty.

Overall Thoughts: Loved the cards and enjoyed opening every pack of this box. It's nice when a product delivers base cards that aren't throw-aways because a box isn't a complete failure if you don't pull good hits. I got about 65 of the 90 base cards in the set and if I don't get another box (or do and don't pull what I need), I will post a needs list in the near future. Thanks for tuning in and email me if you are interested in any of the cards.