I won't say exactly how much money I've spent on the retail variety of 2010 Bowman Platinum but I've been well rewarded with plenty of shine and some on-card autos of up-and-coming stars. This is an extremely feast or famine product with some blasters containing absolutely nothing but base while other blasters produce an autograph and an auto/jersey. It's a fun break but the time to buy is now as Topps generally front loads blasters to build up buzz only to send out duds later on. I bought my brother a blaster for Christmas and he pulled a Jonathan Singleton autograph (the best in the set, selling for over $40 on eBay) and I didn't do too bad with my breaks either. Here's the goods: 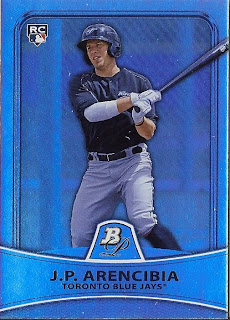 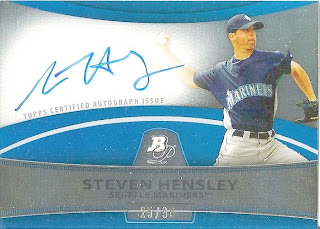 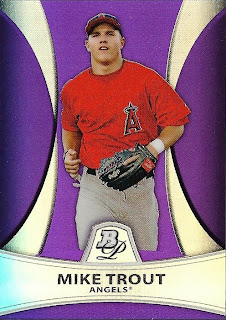 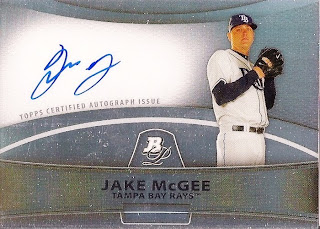 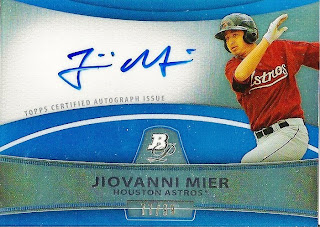